Board Meeting Summary for Aug. 26 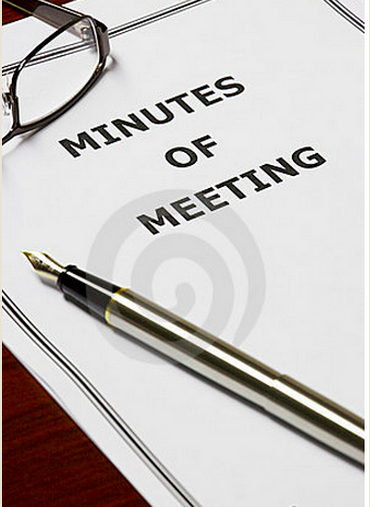 Really want to stay in the loop about Chicago Market's progress? You'll want to read these summaries of our monthly Board meetings.

Grant praised the group for bringing new volunteers to the community. And he reminded us to keep them engaged and keep building our communities. Grant also reminded the group to use Basecamp for virtually all of our communication, with email only in limited situations.

Mike moved to appoint Lance to the Board to fill the vacancy left by Nisha. Dan M. seconded. The motion was unanimously approved.

Heather led a discussion of what should be in the public record of our Board minutes and what should not. Kelly added that we should include our monthly team check-ins with the minutes to show progress toward our goals. Mike said we should avoid including any information that would be competitively or personally sensitive (such as site-selection specifics, compensation information, HR discussions). Kelly said we should not share monthly financial information. Lance added that his co-op never puts dollar figures in the minutes, but allows any interested owners to request more-detailed information via mail.

Malcolm moved to adopt the bylaws. Karen seconded the motion. It was unanimously approved. Heather will copyedit the bylaws before they are linked as a PDF on our website and sent to all Owners in advance of the Owners' meeting.

Karen said her team has been working hard to connect other teams with volunteers. She urged all Board members to follow up on these contacts within 2-3 days and find tasks for these new volunteers so they are not lost.

Kelly laid out a proposal highlighting why businesses should be allowed to become Owners. She said they would be treated the same way as other Owners, and each business would be required to designate an authorized representative. Anthony added that this would allow us to forge marketing partnerships with these business Owners. Mike moved we permit businesses to be Owners, with a designated representative. Mark seconded the motion. It was unanimously approved.  Details of the plan will be fleshed out on Basecamp.

Tony explained to Lance our ongoing difficulties finding someone to lead the funding committee. Tony said he supports hiring a paid consultant to devote time to finding funding for the co-op.

Karen said she researched whether other food co-ops have hired outside funding consultants. She learned that it's common to hire a project manager, and that person probably should not be on the board. But the person should definitely (a) have very strong organizational and project management skills and (b) be passionate and extremely knowledgable about the co-op. She said the consultant would need to regularly report on his/her progress, and that it's common to have bonuses tied to performance. Karen also learned that an Owner loan campaign should not be started until a site is selected.

Anthony moved that the board approve the hiring of someone to lead our funding efforts. Mike seconded the motion. All but Kelly voted in favor.

Emily said she will find a time for us to meet to discuss hiring a funding consultant.