On November 16th, the inaugural Food Tank Chicago Summit took place, convening thought leaders from the food and agricultural fields. With the theme of “We Can Change the Food System”, the Summit featured researchers, farmers, chefs, policy makers, and government officials from across the country working on local and international food issues. Food Tank hosted their first summit last year in DC and with their vision to build a global community for safe, healthy, nourished eaters, has since expanded to hosting summits throughout the year in Boston, Sacramento, and Brazil.

Chicago Market was well-represented - Owners Harry Rhodes of Growing Home and Karen Lehman of Fresh Taste were speakers, and Linn Austin, Board member, and Sofia Jouravel, grocery team volunteer attended. We asked Sofia to tell us about the day. 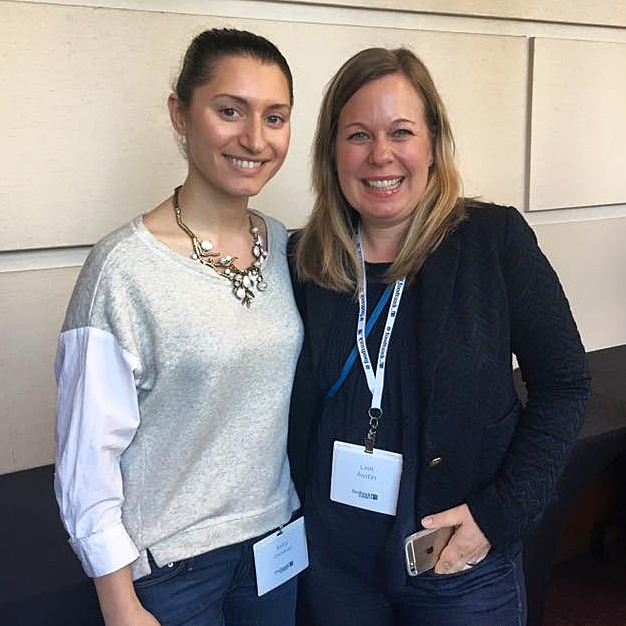 One of the most unique aspects of the day-long event was the opportunity for unlikely speakers to share the stage, informing the audience of successes such as Cargill's effort to reduce deforestation in the Brazilian Amazon and placement of a soybean moratorium in the country. Cargill's CEO, David MacLennan, aptly stated, "constructive tension is necessary for progress: despite different philosophies, we have the same objectives on improving food systems". On the same panel, Ambassador Kenneth Quinn, president of The World Food Prize, rounded out the morning with the encouraging slogan "let's make America healthy again!".

Fred Kirschenmann, Distinguished Fellow, from the Leopold Center for Sustainable Agriculture at Iowa State University discussed the next stage of the locavore movement, expanded to the new economy of "bioregionalism".

After a delicious vegetarian lunch spread from Wolfgang Puck and an inspiring keynote by Rick Bayless, we heard from panelists discussing transparency in the food system, kicked off with Juliette Majot warning us that, "Divisiveness breeds caution, caution breeds status quo".

We learned the importance of historic implications of US ag policy as in the case of cheap grain from the US displacing Mexican farmers, driving them off their land to the US.

We learned about the future of food, where the next generation of family farmers take over the business and apply innovative thinking, beyond hydroponics and drones.

Panelists shined a light on embracing the uncommon perspective brought by career changes in rethinking a problem who are not fearful of thinking outside the box to solve it.

In closing, Fred Lutzi, president of the Land Institute, wowed the audience with a life-size depiction of the 10 foot long roots of the Kernza, a perennial superwheat, derived from an ancient form of wheat whose dense rootstock will be a boon for preventing soil erosion and improving soil health. "It's all about putting down roots", Fred underscored.

By the end of the day, Food Tank was the highest trending hashtag on Twitter in the area and trended higher than "#NationalFastFoodDay".

As a Chicago Market Owner, one discussion in particular resonated with me. As part of the transparency talk, which in and of itself is one of our Purchasing Values, speakers named food system wins such as the proliferation of organic products, ubiquitous farmers markets, and use of existing infrastructure for innovations such as vertical indoor gardens. With the opening of our store, we contribute to the change by continuing to further such activities. Also mentioned was the need to educate consumers on the importance of supporting farmers engaged in sustainable practices, which we wholeheartedly agree with and aim to do! So let's work to open Chicago Market, contribute to changing the food system, and make America healthy again!