Op-Ed: Just Say No to GMOs 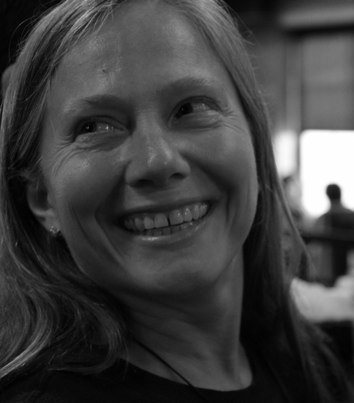 Chicago Market volunteer Terri Reardon is passionate about the issue of GMOs. We invited her to write this timely editorial to encourage conversation about this controversial topic. Chicago Market has not yet taken a stance on GMOs. We favor transparency above all else, once we start stocking our shelves. But we welcome Owners and others passionate about issues surrounding local food to weigh in on what matters most to them. Want to write an editorial for our blog? Contact Board member Heather Lalley at [email protected]

I am a plant propagator by profession. Plants and seeds are my passion and matter a lot to me.

That’s why, one day while perusing the Baker Creek Heirloom Seed catalog, I was catapulted into action upon reading the story of Canadian farmer, Percy Schmeiser. His canola fields were contaminated with Monsanto’s Roundup Ready Canola growing nearby. Monsanto sued Schmeiser, demanding he pay a technology fee of $15 per acre because he was benefiting from their technology. Percy counter- sued and took the case all the way to the Canadian Supreme Court.

I started to think a lot about my food and where it came from. In April 2014, I became active with Illinois Right to Know GMO on this lightning-rod issue. I researched. I engaged in the conversation. I became increasingly alarmed about what I learned as I dove deeper down this rabbit hole. The slick veneer pasted over Monsanto’s phony “Feed the World” campaign peeled away in sticky, ever-disturbing strips.

Genetically Engineered foods, often called GMOs for Genetically Modified Organisms or GE, are crops produced from seeds that have had their genetic structures modified by adding genes from non-related species. This is done in a laboratory and is NOT the same as traditional cross-breeding. The result is a cross which could never occur in nature. The primary purpose of most genetically altered seeds is to produce crops that can withstand the application of large amounts of chemical pesticides that would otherwise kill them. Still other GMOs are designed to produce their own toxic insecticide within the plant itself. Therefore, these crops are simultaneously food and pesticides. These foods remain unlabeled despite the fact that more than 90% of U.S. citizens support labeling.

On July 23rd HR1599, the absurdly named “Safe and Accurate Food Labeling Act” (which it is nothing of the sort), passed in the Republican-controlled House. We who fight against GMOs call this bill the “DARK Act” as it unequivocally Denies Americans the Right to Know. It received its first hearing before the Senate Agriculture Committee on October 21. There is a strong possibility that it may be introduced to the Senate as soon as next week.

In addition to the majority of Republican Senators, there are currently a number of Democrats who may possibly vote in favor of this egregious legislation, including the Minority Whip, Illinois' own Senator Richard Durbin. Senator Durbin has already spoken publicly against mandatory labeling because he does not believe there is "credible" evidence of harm from these foods. It is currently impossible to independently test these products due to patents held by multinational biotech agrochemical companies which have swallowed up the vast majority of seed suppliers.

Tell them you want to know if it’s GMO. Visit Illinois Right to Know GMO to learn more.