The Story of Cooperation in America 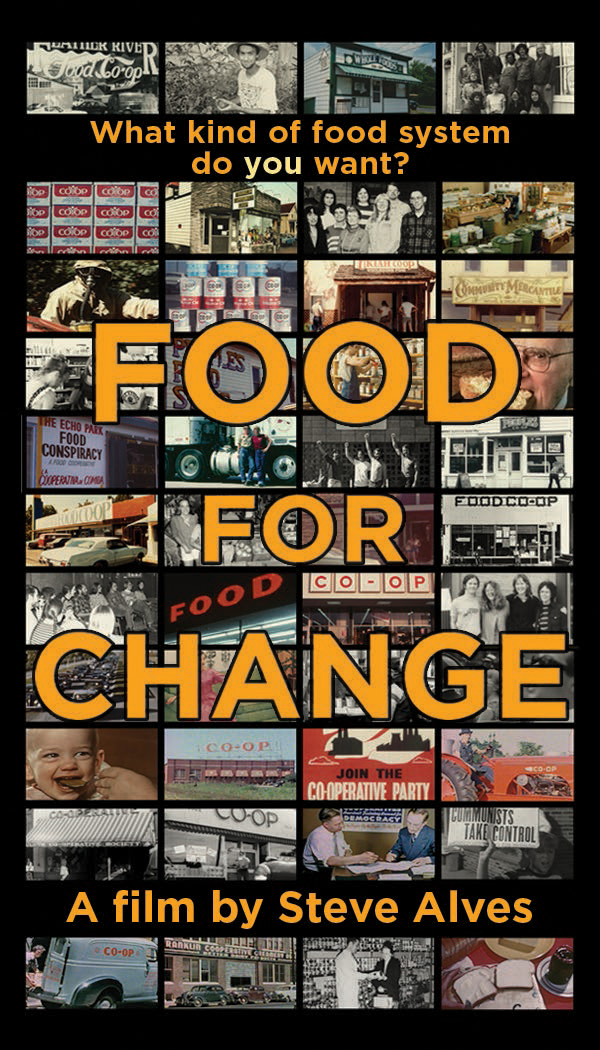 We're proud to participate in a free film screening of Food for Change and a post-film discussion:

Food For Change is a provocative new film about the resurgence of food co-ops in the United States, examining the key role played by consumer-led food co-ops in America's food economy.

The film examines the key role played by consumer-led food co-ops during the decades-long debate over profit-­driven capitalism vs. locally-­controlled economic enterprises. Born in the heartland, cooperatives were seen as the middle path between Wall Street and Socialism.

“Today we’re experiencing a renaissance of American food co-­ops,” says Sean Doyle, General Manager of the Seward Co-op. “These are not marginal enterprises—they are successful and dynamic businesses that are revitalizing communities across the United States. People are once again taking more control over the economic forces in their lives.”

Join us and our partners at the Dill Pickle for this inspiring film and discussion.

Steve Alves is an award-winning documentary filmmaker based in Massachusetts. Among his documentaries is Talking to the Wall: The Story of an American Bargain, about one town’s battle against the world’s largest retailer.