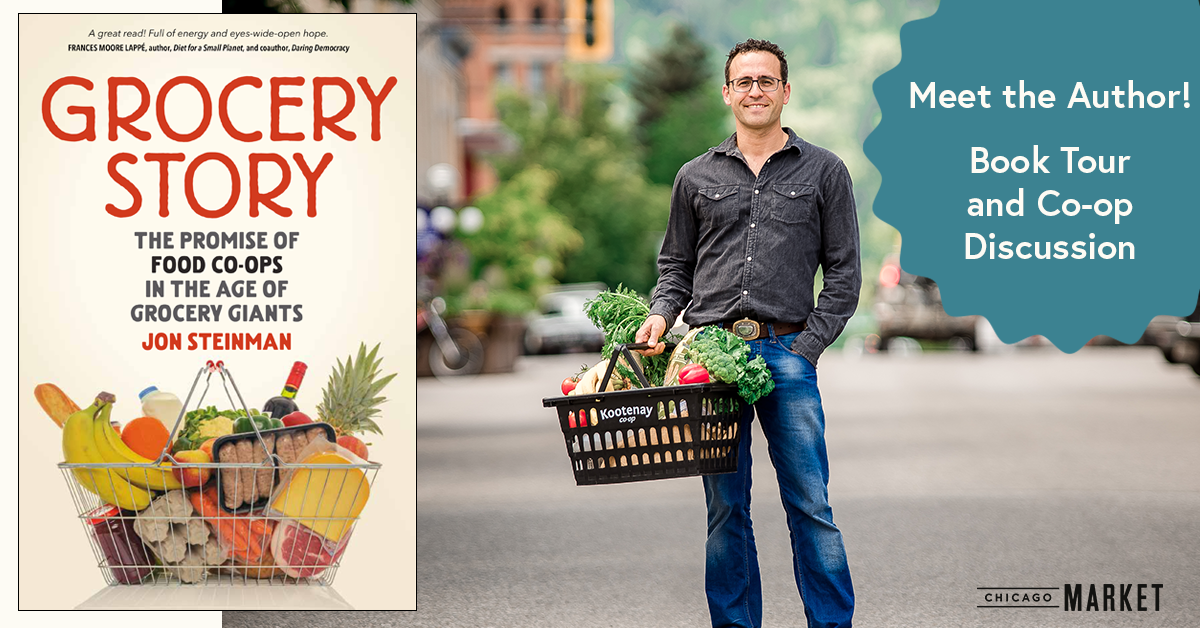 Grocery Story: The Promise of Food Co-ops in the Age of Grocery Giants

Join us for a compelling talk from author Jon Steinman as he visits Chicago on his 130-stop North American book tour. Come early to explore Raygun Chicago, an exciting new clothing store in Andersonville. After Jon's presentation, there will be opportunities to learn more about Chicago Market and join us as an Owner!

More about the book:

Grocery stores exert considerable influence over the global food supply and in the communities we live. How do the largest grocers today maintain their grip on foodmakers, communities, and eaters? As part of his North American book release tour, author Jon Steinman offers up a preview of his new book including disturbing trends emerging among the dominant grocers. As Jon will share, community-owned grocery stores are more important today than ever before.

Jon Steinman was the producer and host of the internationally syndicated radio show and podcast Deconstructing Dinner and of Deconstructing Dinner: Reconstructing our Food System – a television and web series currently streaming online. Jon was an elected director from 2006-2016 of the Kootenay Co-op–Canada's largest independent retail consumer food co-op, serving as Board President from 2014-2016. He lives in Nelson, British Columbia.
WHEN
October 18, 2019 at 6:30pm - 7:30pm
WHERE
Raygun Chicago
5207 N Clark
Chicago, IL 60640
United States
Google map and directions