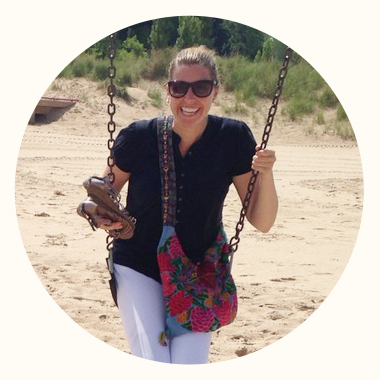 Chicago Market Owner #523 Hillary Stifler is one of those people who does so much, and all of it with such a calm, smiling demeanor, that it makes the rest of us wonder what her secret is. Having completed her fourth (!) triathlon this summer, she took a few minutes to let us shine our Volunteer Spotlight her way.

Hillary grew up in Kalamazoo, graduated from Miami of Ohio, and then moved to Chicago for a career in Market Research and an MBA from Loyola. She’d been a shopper at grocery co-ops…but not an Owner, until she found Chicago Market. “A friend sent me something online about it and I decided I could spring $50 a month (for a payment plan). I signed up right away.” She lives in Uptown’s Sheridan Park, and she’s a big proponent of the neighborhood. “I like that Chicago Market is itself a community-based group, that supports other community-based groups! It connects a lot of people and local business owners which I think is great.”

Since then, she’s found herself more interested in the co-operative model, and even following other co-ops on Facebook. Given her interest in yoga, biking and running, she was intrigued to learn from us that outdoor retailer REI is a co-op, too: “I shop there, so I checked out their story and I joined!"

Hillary began volunteering for our MORE team (Marketing, Owner Recruitment & Engagement, Events) last year. “She’s amazing,” says board member Kelly Hewitt. “She brings her ideas, energy and skills to the team in so many ways we’ve lost count.” She’s frequently at events including our Pop-Up markets – helping to answer questions and sign up new Owners. She’s helped scope out event locations. She’s used her analytic skills to help us understand “what’s working” in events and marketing. Recently, she’s been a strategic leader in helping us think about new ways to reach and engage specific groups who have great potential to join a food co-op, but who may not have found us or heard enough about us yet. “At the beginning, I joined because I think healthy, organic food and sustainable resources are so important,” she says, “but now, I’m also part of this team coming together to make it a reality and it’s exciting to see other people’s passion for the same things I have passion for.”

Her passions extend beyond Chicago Market. She’s a knitter and just learned embroidery. She loves cooking and she gardens with the Montrose Metra Community Gardens. She’s an active volunteer at the Peggy Notebaert Nature Museum. She’s an enthusiastic world traveler who has spent time teaching English abroad, and this summer, began mentoring an immigrant Syrian family through Uptown’s RefugeeOne. “I meet with a woman weekly and help acclimate her and her family to American culture and English language. I’m taking her kids to the zoo!” Hillary laughs.

She’s also part of Chicago Market’s Book Club and of course, has a long list of favorite books. One recommendation? Sand County Almanac, written in the late 1800’s about sandhill cranes and changes in the Wisconsin landscape they inhabit. Fascinating!”

We still wonder how she does it all…and we’re grateful that she’s made a commitment to Chicago Market one of her priorities. “People on the board take on a lot,” she explains. “I jump in and help where I can commit to doing it and where I know I can be helpful.” She smiles, “I’ve just kinda formed my own role.” Want to form your own volunteer role? Email [email protected] and help Chicago Market grow our amazing co-op community.