Following Sara Rodites on the Path to Zero Waste 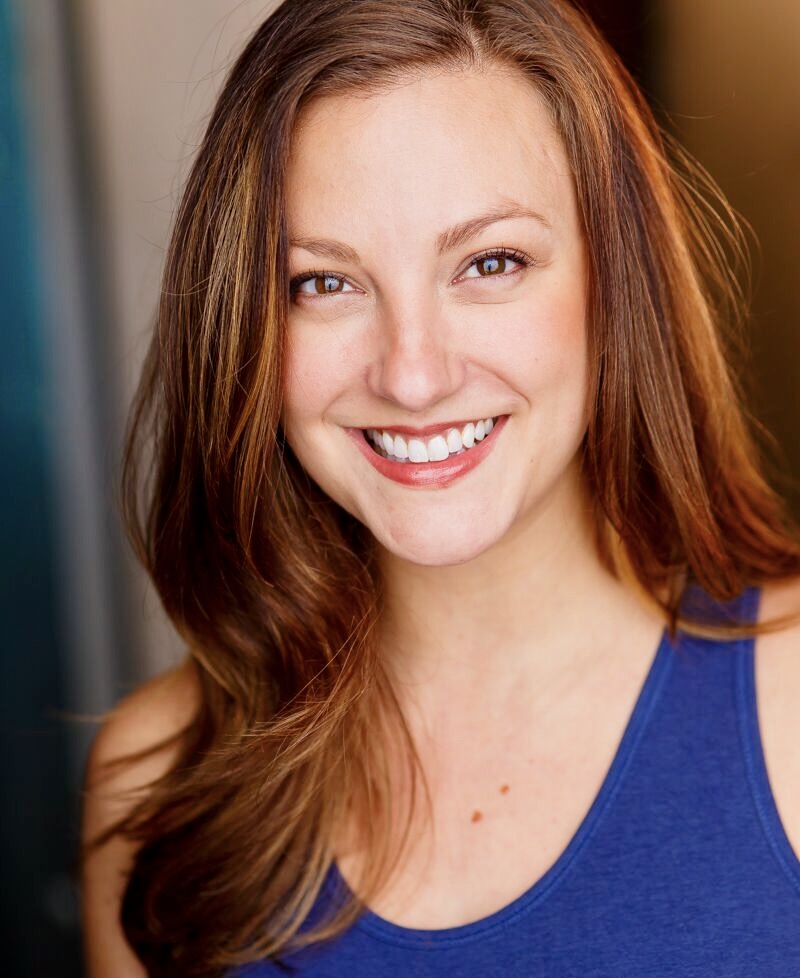 Just two years ago, Sara Rodites, Owner #937, had never heard of composting. Growing up in suburban Pittsburgh, the concept of reducing the amount of trash she produced was not on her radar.

Now a Chicagoan of 6 years, Sara throws away just about one grocery bag full of trash per month. I sat down with Sara to talk about her transition to a zero-waste lifestyle, how she still buys ice cream, and why zero waste worked better than KonMari to bring light and simplicity to her life.

What sparked the idea for you to start reducing your waste output?

This January, two things happened in pretty quick succession that got my wheels turning on transitioning to a zero-waste lifestyle.

I was volunteering at a cooking event at Ravenswood Community Services, and as we were chopping vegetables I saw that the other volunteers were putting food scraps aside in a bowl.

I was like, “What are you doing? The trash can is right there.” And they told me they were going to compost them. I wasn't really familiar with what composting was, so when they showed me the bin I was fascinated.

A week later I was travelling for a couple of days, and when I returned home I realized that I had forgotten to take my trash out. My whole house reeked. I decided then that I didn't want things rotting in my home anymore, so I started researching my options. I called WasteNot Compost and signed up for pickup services that week. I haven’t had a foul odor situation in my home since. 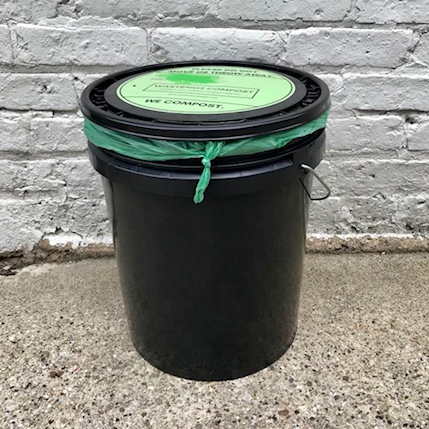 So after you decided to start composting, what made you want to reduce waste in other areas of your life?

The popular line of thought in the community is first refuse, reduce, reuse, and then you get to the recycling and composting, which are ways of diverting trash away from the landfill. So I kind of came to the process backwards and started educating myself from there.

I got super frustrated learning about our waste system, and it lit a fire in my belly to want to be better. I knew that I personally could reduce waste in my life, and thought maybe it would rub off on someone else who wants to do better for the environment as well.

It is a transition. You don’t get to zero waste overnight. I can't say that I’m zero waste right now or even that I will be in the near future. But as I'm beginning to use up the items in my house that are stored in plastic, I'm actively finding ways to repurpose the containers. And if I can’t, then I dispose of them in the best way that I can, which is hopefully recycling.

It’s about moving forward and making a better choice when replacing products. Like I ran out of liquid dish soap recently and I just refilled the plastic bottle with bulk dish soap.

How has going zero waste influenced your lifestyle?

I am an extreme person. I woke up one day and I wanted nothing to do with the wasteful life I was living. I actually started doing Marie Kondo’s KonMari Method earlier this year and I never finished. But adhering to a zero-waste lifestyle is giving me the benefits I was looking for when I tried that. Reducing what I need and reusing what I have feels like a lighter and simpler way of life to me.

Is there anything you feel like you’re missing out on by avoiding waste?

There isn't a whole lot that I miss. It’s more that some things are a little inconvenient. Like I did away with my regular tube of mascara and now I use a cake mascara that doesn’t come in plastic. It works but I can’t carry it in my purse and I have to be near a water source to use it.

Things like that start to become second nature. I don't miss the convenience of tearing off a paper towel because I can just as easily grab a cloth from the stack in my kitchen.

I love to cook Mediterranean food so I eat a lot of pasta, and I’ve had a hard time finding it in bulk. Sugar Beet Food Co-op is the only place I’ve seen it so far, and it’s kind of out of the way so I really load up when I go. But things like rice are much easier to find.

What resources have been helpful for you through this transition?

One of the resources I find really helpful is the Zero Waste Chicago (ZWC) website. They have lists of stores where you can find items in bulk and lots of tips for how to get started.

ZWC hosted an event in April at the Shedd Aquarium with Bea Johnson, the author of Zero Waste Home, and she had some great advice. Like she suggested bringing your own container to an ice cream shop to get a scoop. I love doing that and most places have no problem with it.

One of the ZWC ladies also had a great pointer about buying in bulk at Whole Foods. The store doesn’t allow customers to fill their own containers, so instead of using the plastic tubs or bags in the bulk section, you can take a compostable clamshell from the salad bar and fill that up. I am hoping that Chicago Market will make that process easier! 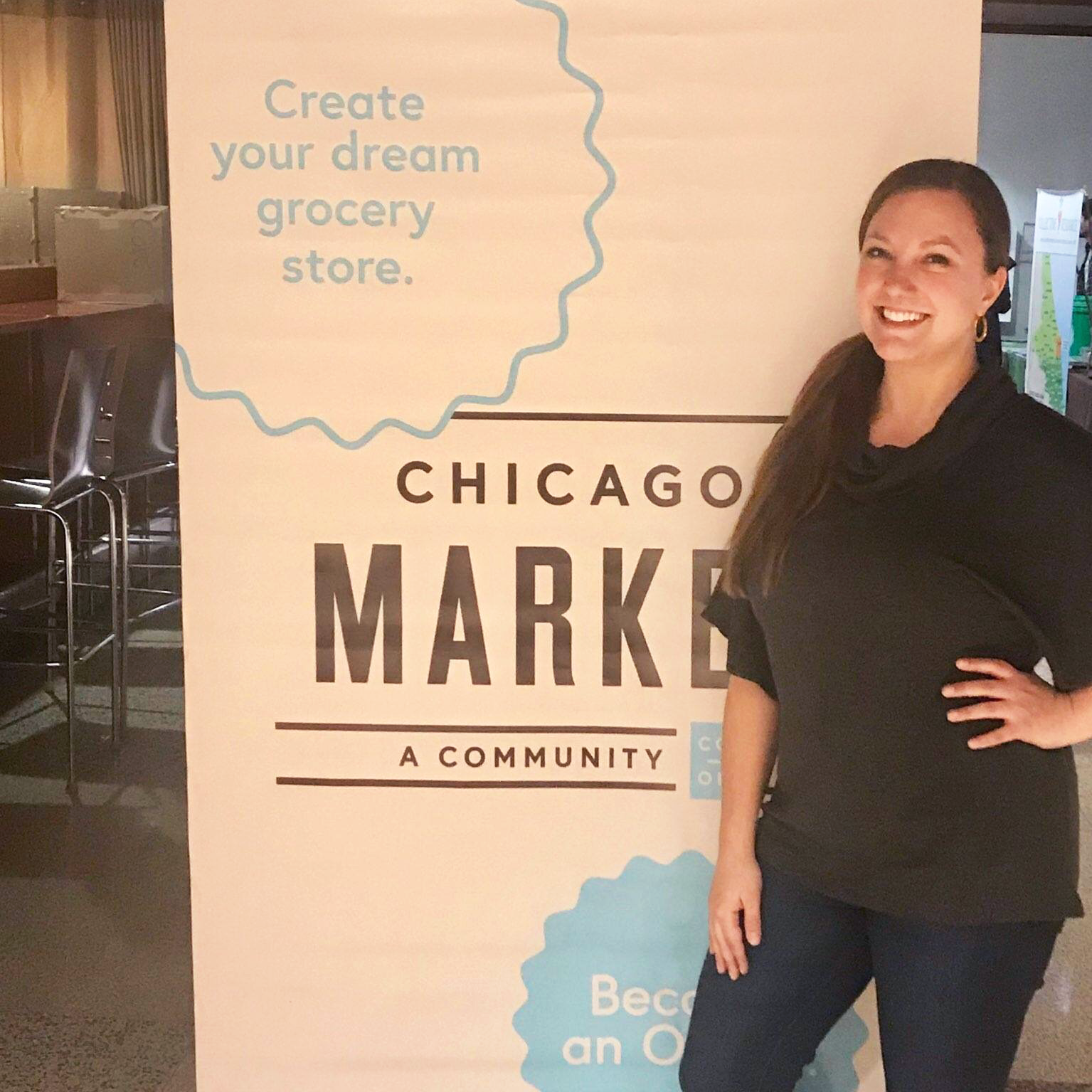 Sara at Shedd for the Bea Johnson event.

Now that you’ve been at this for a few months, do you have any advice for someone hoping to reduce their waste output?

Before going out and purchasing anything, observe your habits and needs. Then begin to make better choices one at a time.

Because it’s trendy, people think they have to have certain bags or special products, but you don’t. It’s not about creating new habits, it’s about making conscious choices with the habits you already have.

Start small. It’s easy to get frustrated thinking you’re not making a big enough impact right away. I constantly have to remind myself of my progress and how far I’ve come. I went from filling two big garbage bags per week to just filling one grocery bag per month. And at the end of each month my bag is a little less full.

Don't get overwhelmed, and remember we are all in the good fight together!

Thank you so much Sara!

Where do your kitchen food scraps go?