We here at Chicago Market are partnering up with other area food co-ops to host a virtual screening of the documentary film The Co-op Wars!

See below for information about the film and our effort, copied here from a promotional write-up by the film company and Dill Pickle:

As the Chicago area experiences an unprecedented surge of food co-op organizing, our coalition of established and start-up co-ops have decided to examine a cautionary tale from the nation’s most successful food co-op scene. THE CO-OP WARS is a documentary that tells the story of the tumultuous early years of the natural food co-op movement in the Twin Cities of Minneapolis and St. Paul, when young people radicalized by the Civil Rights movement and the Vietnam War built a thriving alternative economy, only to see it nearly torn apart over conflicting visions of social change.

We and the other Chicago-area co-ops are seeking to use the online screening of the film and subsequent panel discussion to answer the question, "How are we effectively countering the relationship dynamics which led to the Co-op Wars and building solidarity with one another and the broader cooperative movement in the city?" 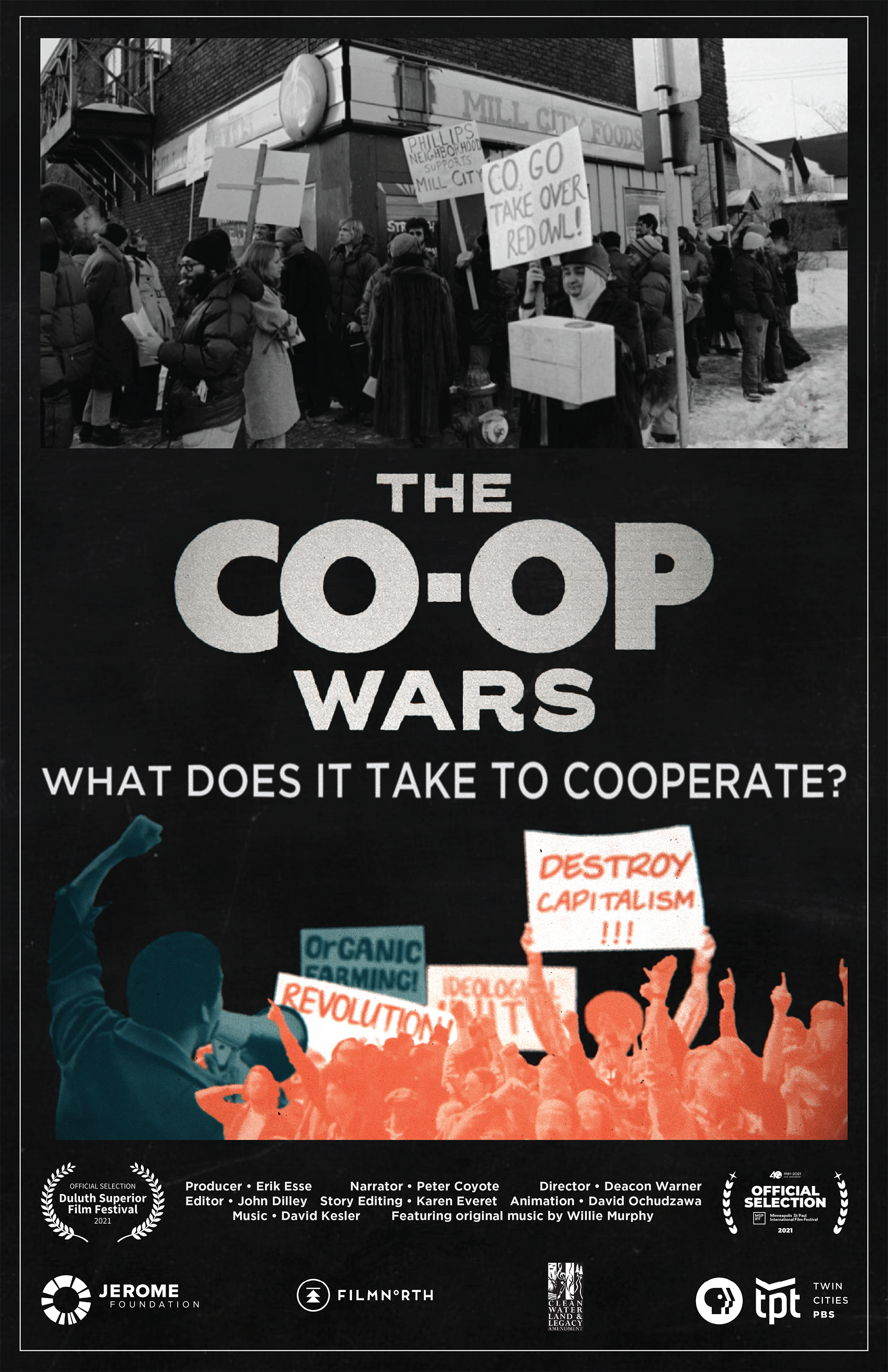 The hour-long film was directed by Deacon Warner, produced by Erik Esse and narrated by renowned actor Peter Coyote, known for his work on Ken Burns documentaries such as The Vietnam War. The screening and panel are sponsored by Dill Pickle Co-op in Logan Square, Sugar Beet Co-op in Oak Park as well as four start-up co-ops: Southside Food Co-op, Prairie Food Co-op, Chicago Market, and Wild Onion Market.

Since Chicago doesn't have a historic vibrant co-op culture, we want to use the film as a tool as the startup co-ops prepare their entry into the market. The Dill Pickle is the only co-op in the city of Chicago since 2009. Hyde Park Co-op had a long tenure from 1932-2008 before they closed. Sugar Beet Co-op, on the border of Chicago in Oak Park, Illinois, was established in 2014.

The Twin Cities’ food co-op sector, on the other hand, boasts seventeen locations, tens of thousands of member-owners and hundreds of millions of dollars in sales. But this success story had a rocky beginning: Soon after an initial period of explosive growth in the early 1970s, the “Co-op Wars” erupted in the Twin Cities, a heated and sometimes violent conflict initiated by a secretive Marxist group calling itself the Co-op Organization or C.O. The C.O. was able to exploit real divisions in the counterculture community over issues racial and class inclusion, healthy vs. cheap food, and strategies of social change to attempt to subvert the new and imperfect democratic practices of the co-ops. Although unique to its time and place, the story’s conflicts are sure to have resonance for any activist who has sought to make radical change in diverse coalitions.

THE CO-OP WARS tells this story through interviews with an array of participants on all sides of the struggle, delving into the ideological and emotional stakes for these young people determined to change the world by selling food. It also links this story to the more recent controversy around race and gentrification surrounding a successful co-op’s efforts to open a second store in a neighborhood considered a “food desert.”

Producer Erik Esse and Director Deacon Warner were inspired to make THE CO-OP WARS out of their shared love of co-ops, history and documentary filmmaking. Esse is a long-time cooperator who has worked at food co-ops in Minneapolis and Seattle and as an organizer of the US Federation of Worker Cooperatives. Warner has made many short films that have screened at festivals around the world, including Peaceful Warriors: On the Road with Vets for Peace. He is a film educator and founder of the youth program at FilmNorth in Minneapolis.

In addition to appearing in films such as Erin Brockovich and narrating eight documentaries by Ken Burns, Narrator Peter Coyote was also a leader of the 1960s counterculture that birthed the natural foods co-ops. He was one of the founders of The Diggers, an anarchic San Francisco collective known for their street actions involving free food and performance, which helped inspire the Twin Cities hippies who started the first co-ops. He most recently portrayed former FBI Director Robert Mueller in the Showtime miniseries The Comey Rule.

For more information about the screening and to register to watch the film, please see our Event page. We're also hosting an online Q&A event about the film on October 5th! 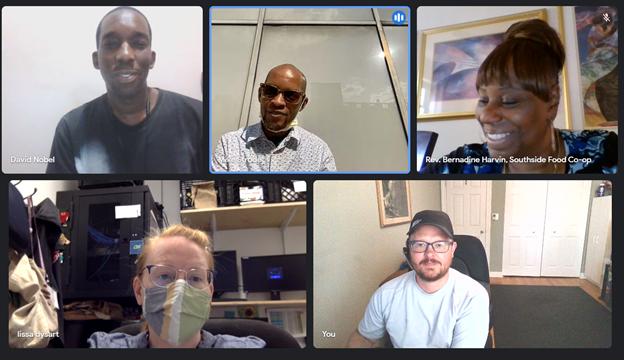